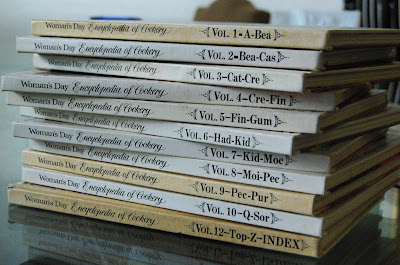 At any rate, there we were in a thrift store.

And I happened upon these beauties in the book section. Eleven of the twelve Woman's Day Encyclopedia of Cookery cookbooks.  I nearly wept for joy at seeing these for SO CHEAP at the thrift store. While some of them have some yellowing, overall, they are in excellent condition.

Unlike the ones I grew up with.

I read, used, and loved the set my mother owned until the spines were broken and the covers were falling off the stained and sticky pages. These cookbooks define my growing up years in the kitchen and I have longed for a set of my own. 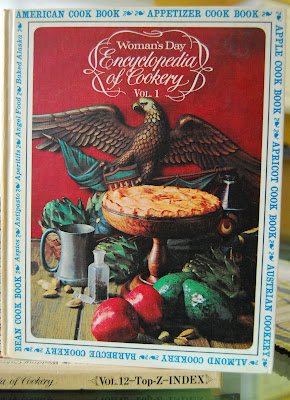 Man, I loved these cookbooks. I mean L-O-V-E-D them. The reason? They were part cookbook, part textbook, and part dictionary. What isn't to love about them???? Finding them in tucked in among the other books at the thrift store was like stumbling upon an old friend. I know it sounds sappy, but I almost started crying I was so thrilled to see them there and to find them is such great shape. 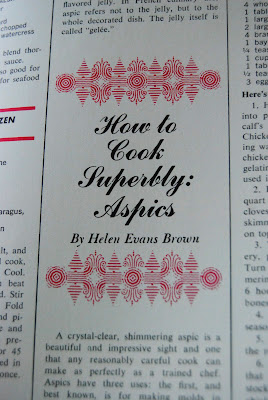 I remember reading this section when I was young and realizing that an aspic (even if it was "crystal-clear" and "shimmering" was just Jell-O with vegetables or meat bits in it. I thought it strange then and I still do, all these years later. 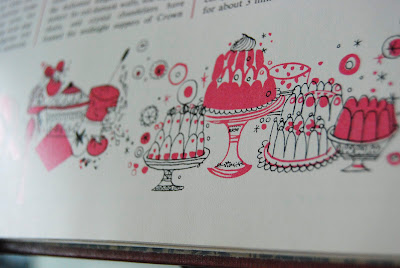 See what I mean? This illustration of aspics looks an awful like Jell-O, doesn't it? 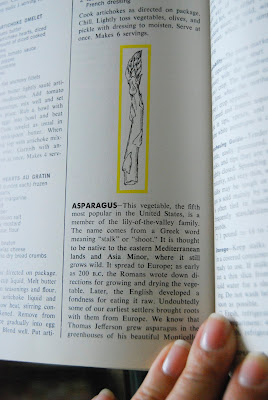 Here is a fine example of the textbook aspects of the cookbooks. I remember lounging about on long summer days, reading from these textbooks and dreaming of the things I would someday create from the recipes and the exotic places I would travel to get ingredients. From these textbooks cookbooks I learned far more things that a young girl in Orem, Utah should have ever known about cuisines and cooking techniques of the world. 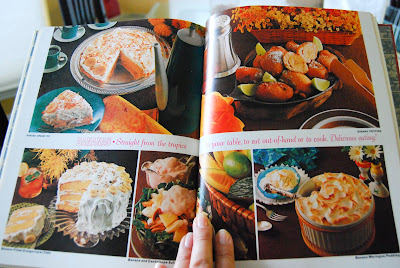 And the pictures - oh man, the pictures!!! I still love them as much now as I did back then, though perhaps for different reasons. 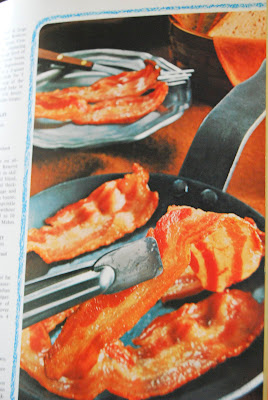 Bacon. According to my Samoan brother-in-law, everything tastes better with bacon.  I just adore the vibrant, vintage-y colors of the photos. 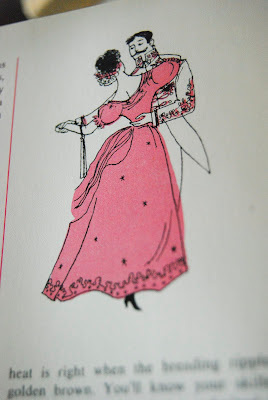 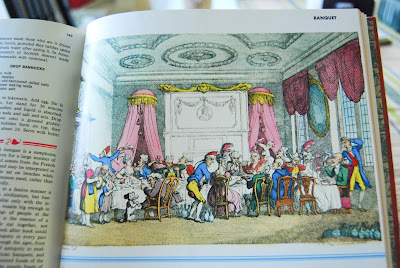 And how about this illustration of a banquet? Dated but utterly charming and hilarious all at the same time. 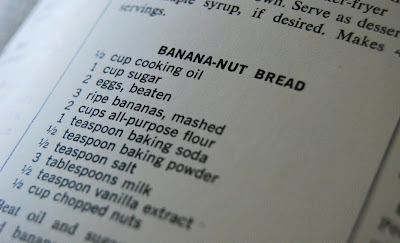 But the thing I love most about these cookbooks are the recipes found in them, recipes that define my childhood years.

Like this banana-nut bread recipe. (Pecans please, never walnuts. While you are at it, throw in some chocolate chips, too, thankyouverymuch. Call me when it gets out of the oven and I will be right over with an ice-cold milk chaser.)

I love this recipe. I mean I really, really, REALLY love this recipe. Primarily because it makes consistently fabulous banana-nut bread but also because it reminds me of being young and in my mother's kitchen.  There was a fair amount of hope in the messes I made, and excitement for where life would take me. Things have certainly turned out far different than I could have ever imagined but the recipes I learned from these books have remained constant and true.

Like all friends of the oldest and best sort should be.