The Beer and Bologna Boys

So the other evening I was at WalMart.

This pack of five guys got in line behind me. Each of them had a case of Budweiser beer, a loaf of bread, and either a package of bologna or a jar of peanut butter. 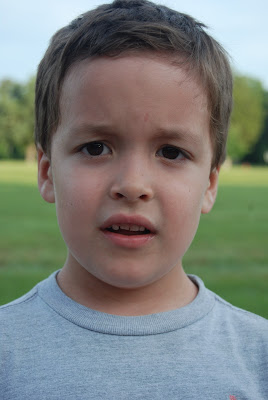 These pictures have absolutely nothing to do with my story about the Beer & Bologna boys.  They are simply ones of the Professor taken earlier that evening. I was trying to get him to smile. He kept telling me, "I am smiling!!!!!" Me thinks we have a communication problem.

Back to the story. So the Beer & Bologna boys are in line behind me. Obviously some of them have already their fair share of Buds for the evening and they were a bit rowdy and rough about the edges. 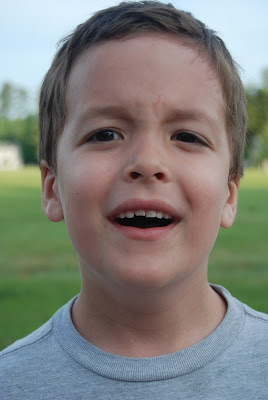 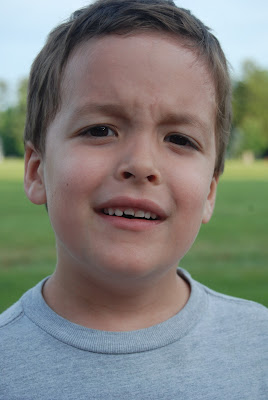 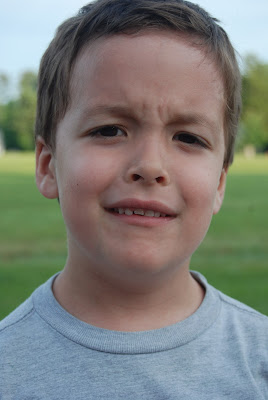 The ring leader's number one piece of advice? Make sure they have nice teeth.

Whew. Glad he cleared that up for me. Here I was thinking that one of the best indicators of a person's worth was their values and integrity. Silly me.

(The Professor never did smile. In fact, that last pained expression was his best effort at smiling for the rest of the evening. It kind of reminds me of the look that was surely on my face as I stood in line listening to the Beer and Bologna boys discuss how to catch a girl).
Posted by sostinkinhappy at 5/24/2011 10:32:00 AM

Email ThisBlogThis!Share to TwitterShare to FacebookShare to Pinterest
Labels: The Professor