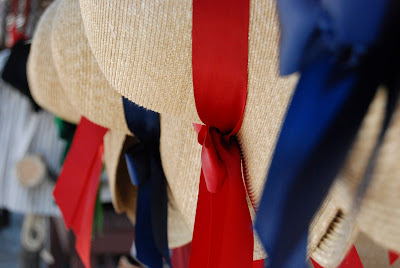 I love the outdoor shops over by the magazine. I always want to buy something, even though I have plenty of stuff already. 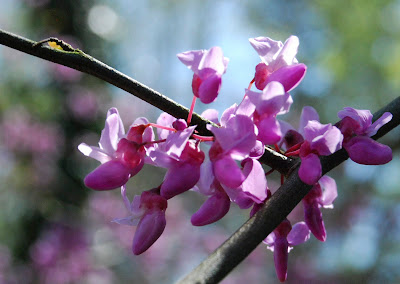 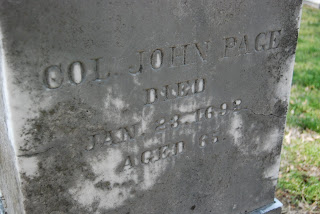 I love finding relatives buried in the Bruton Parish cemetery. 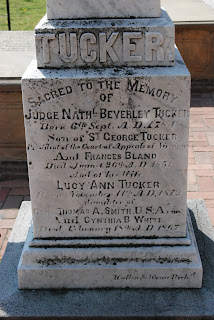 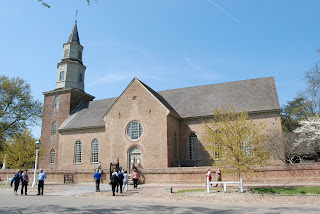 I  love Bruton Parish.  I love that a relative of mine donated the land on which it is built. I love being able to run my hands over the back of the benches where George Washington, Thomas Jefferson, James Madison, and John Jay sat. 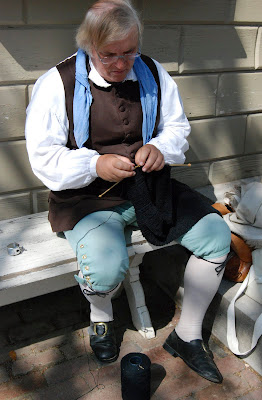 I love coming around a corner and finding a man knitting. After all, knitting used to be primarily men's work. I still haven't been able to convince my boys to let me teach them how to knit though. 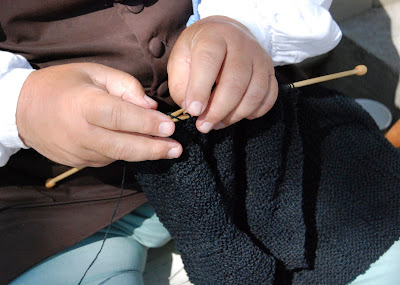 When I asked him what he was making, he said, "I get asked that a lot but I won't know until I am done!" 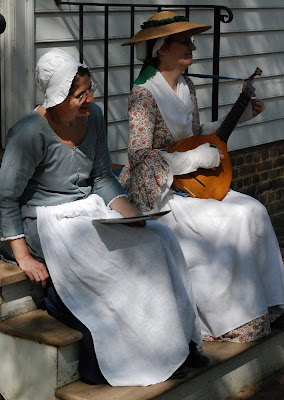 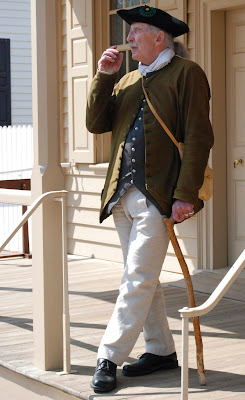 I love the men and women who are more than willing to tell you about the history of the place where you are standing and how to find the nearest drinking fountain (discreetly hidden away from Duke of Gloucester Street). 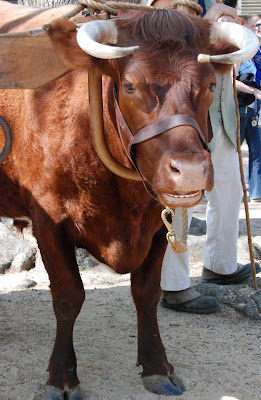 Look ma! He's talking to me. 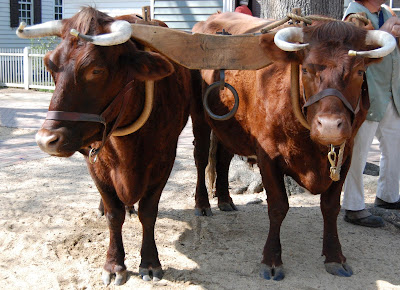 I love these oxen. I learned more about them yesterday than I ever thought I would need to know. These fellas are not necessarily true to the time period. Turns out the breed they used back in the day are too tempermental to stand around and let hoards of people take pictures and pet them all day long. 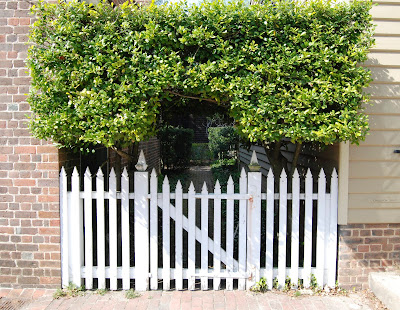 I love all of the side passages and little gardens tucked beside and behind the houses. 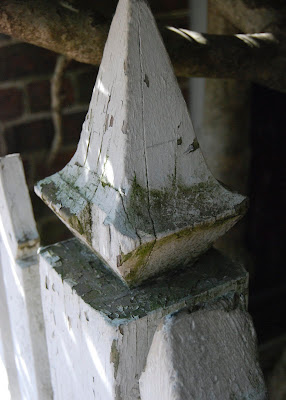 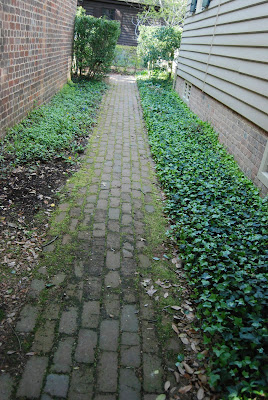 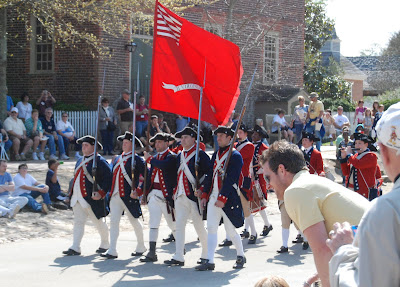 I never get tired of hearing the fife and drum corps, even if there are not many in number on this glorious Sabbath day. 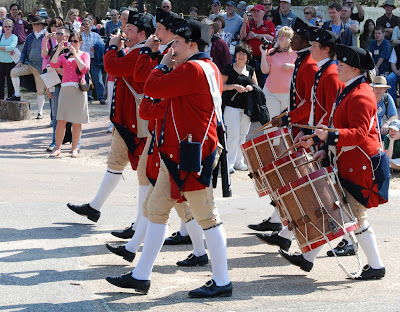 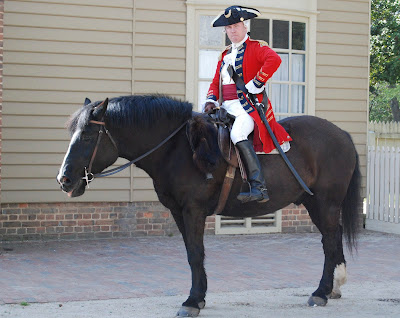 Meh. Traitor.  I know he is just an actor, but still - Benedict, sir, you were a putz. Traitor.  I wanted to stick my tongue out at him but something in my semi-adult mind prevented me from doing it. 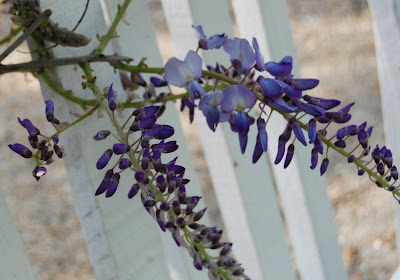 Oh, and the wisteria is starting to bloom too which explains the heavenly scent all about Williamsburg lately.

I met someone ridiculously cool there yesterday - he was literally up a tree with his young son. I cried and acted like I was a 15 year old Beatles fan. If I had it to do all over again, I would have turned to his wife and given her a huge hug and told her, "THANK YOU for sharing your husband with the world."

I know it isn't easy to be married to a man who loves his country more than life itself. She has sacrificed so much for all of us - I wish I had had my wits around me to tell her that.
Posted by sostinkinhappy at 4/11/2011 10:09:00 PM