Today was the ward Halloween Party Trunk-or-Treat Party. There were about 5,875 more people there than I was expecting, but that's OK, because I wasn't in charge.  The Professor thought it was awesome that so many people were getting together to celebrate my birthday (which was today). I had to remind him the party wasn't for me, but it sure was a nice way to spend the evening of my birthday. And it was.

Here's the Professor's costume for the night: 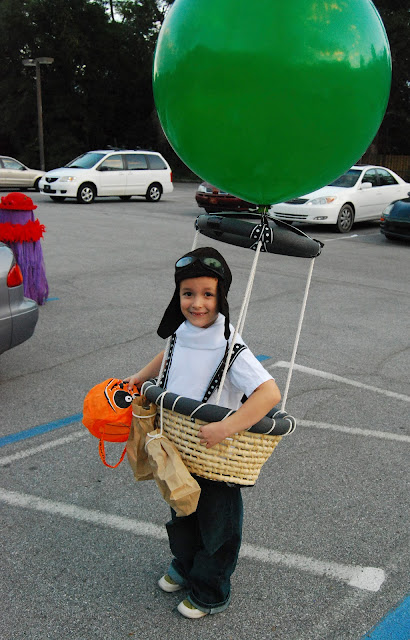 And here is Sweet P. (sans her adorable hat, which Mommy left at home somewhere between the place where it was hanging and the car.) 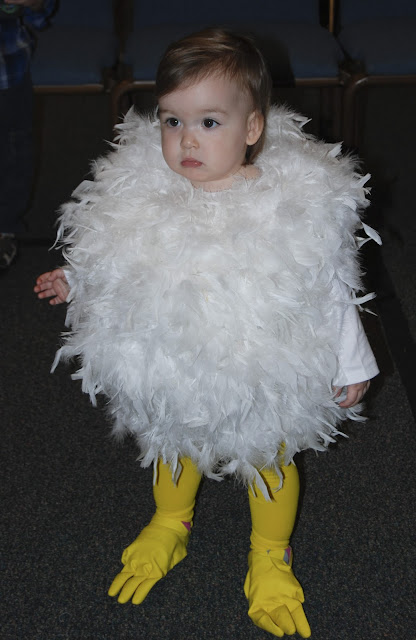 Here's a picture of her costume hanging up.  Hopefully I can get pictures of her in the whole thing on Halloween. 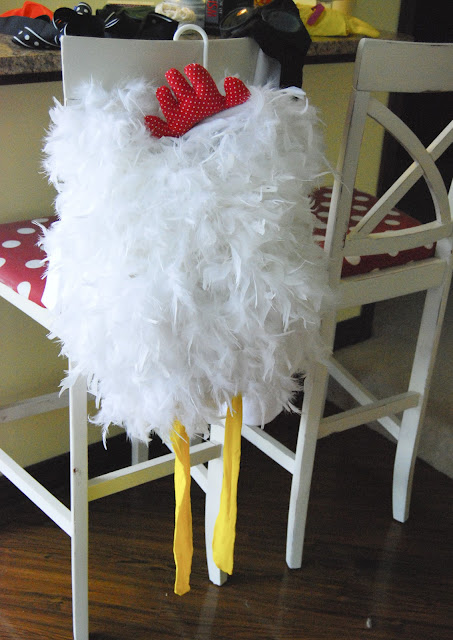 Captain Knuckle decided not to dress up this year and spent the evening scaring the little kids with his hand-in-the-candy-bowl trick instead. He cut a hole in the bottom of the bowl and then inserted his hand from the bottom. He covered his hand with candy and when the kids came by to get some, he told them to get a piece - then he grabbed them with his hand! It was quality entertainment.

SO CUTE!! The Good Professor's costume is ingenious. Did he help you design it? Princes P. is adorable! Captain Knuckle's scaring tactics is after my own heart--so funny.

Thanks, Julyn and Andressa! It was so much fun this year. The Professor is already plotting and planning next year's costumes. He is totally into "The Wizard of Oz" right now and has decided Sweet P. will be Dorothy, he will be the Tin Man, Mr. Amazing Man will be The Scarecrow, Capt. Knuckle will be the Lion, and I will be "the pink witch."

He cracks me up!